So, remember when I finally found our mid-century dresser? I mentioned how it desperately needed to be styled?  Well, I decided that a tray to corral some of my decor items was just what the doctor ordered.  Several months ago, I found this guy for around fourteen bucks at Tar-jay. 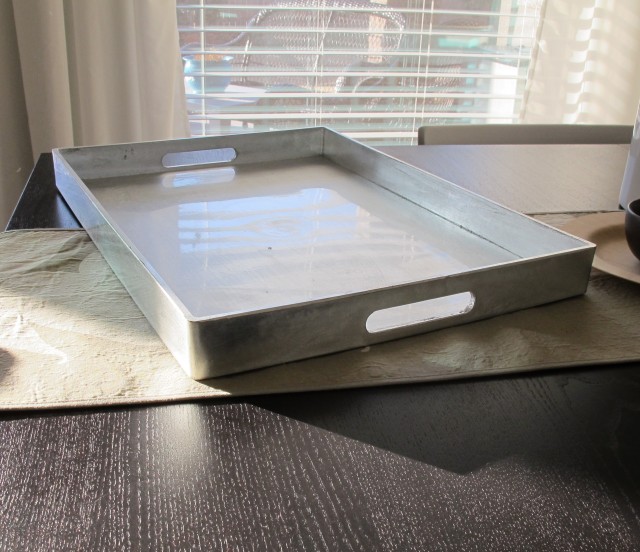 More than I’d usually spend on a tray, but I’d been looking for some time and was tired of coming up empty-handed. So, I just grabbed it and ran to the register. Once I got home, I placed it on the dresser and accessorized it… but decided it was a little blah on its own.

So, I raided my fabric supply and found this remnant…. 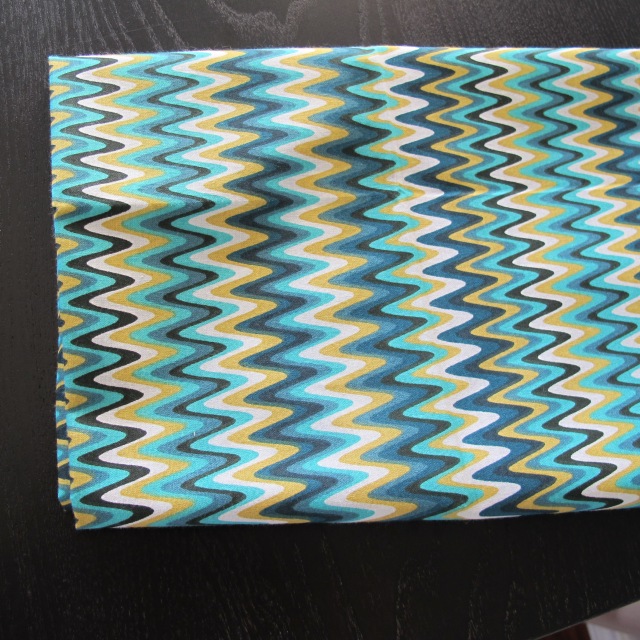 It’s a 1/4 yard that I picked up for 99 cents at Walmart a while back. I set the fabric inside the tray, added a few vases and such, then left it all like that to make sure I was completely gung-ho before enlisting any permanent changes. Honestly, I loved the fabric+tray combo immediately.  The fabric brought just the interest I was looking for, the colors were great in the room, and the retro-ish print totally meshed with our mid-century dresser (his name is Drex for any newbies to the blog). My plan was to Mod Podge the fabric to the bottom of the tray. But then I got lazy, and nothing happened for several months.

Last week, I saw that Katie over at Bower Power completed an adorable Mod Podged fabric inlay mirror, and I thought, “if she can get ‘er done (and she has 1.5 kids more than me), then so can I!”. So, last weekend I got off my tush and did it. I pretty much used the same technique as Katie did (with a few changes due to some small obstacles), which was as follows…

First, I assembled my materials…

Once the deglosser dried, with my fingers crossed in a haze of determination, I applied the Mod Podge once again. 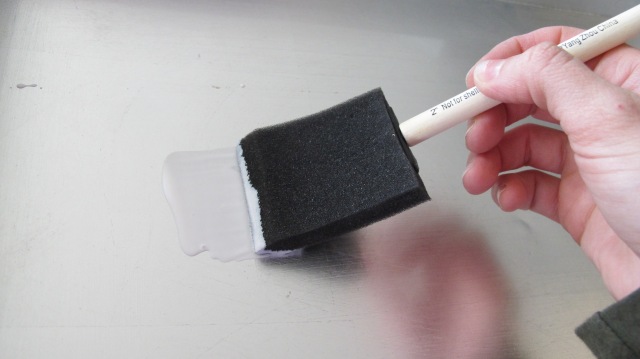 Next came the razor blade. 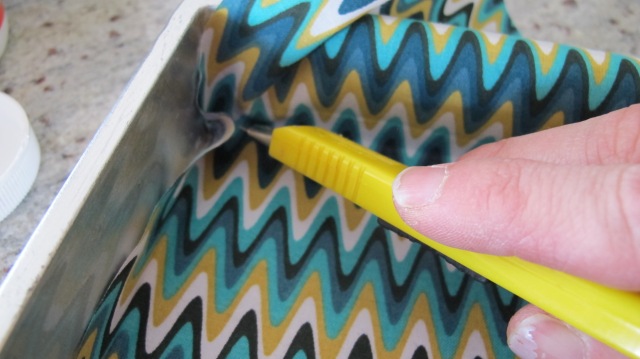 I used it to gently score the fabric over and over along the crease until it was cut all the way through. The corners were a little challenging because the fabric wanted to lift up each time my razor got close to the corner. I pressed the tips of a closed pair of scissors right up into the corner so that I could hold the fabric down while I sliced into the corner as closely as possible. Then, I finished off the corner with a snip of my scissors.

Next it was clean-up time…

I used a lint roller to pick up any fuzz or strings that had accumulated during the trimming process. I also snipped any rogue strings along the edges with my scissors so the the edges looked as clean as possible. Then, I applied another coat of Mod Podge over top to seal in the fabric and help prevent future stains. 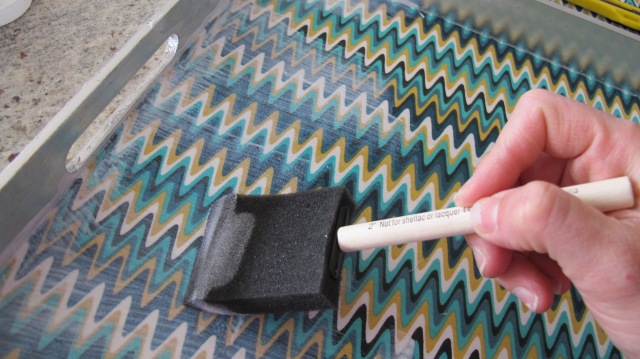 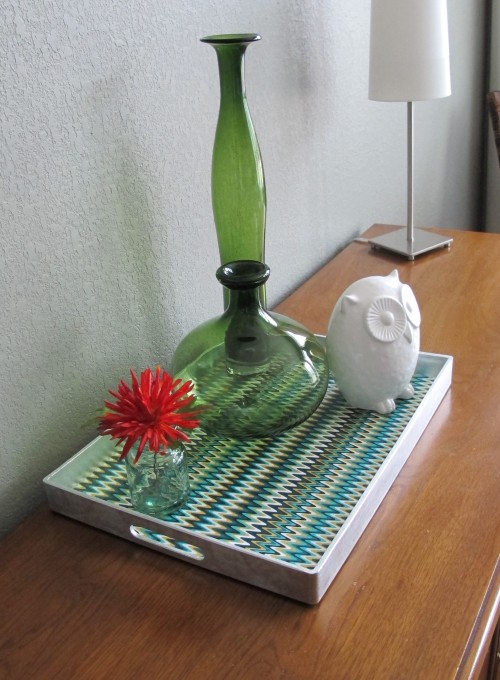 I just love it. It really gives Drex a bit of pizazz. Plus, if I ever tire of the print, I can simply Mod Podge something else over it or spray-paint the entire tray a bold color. Nothing is forever when spray-paint’s in the house, my friends.

So now for this side of the room I’ve still gotta find/make some art to hang above Drex. I have an idea for a DIY piece, but need to get a large canvas first. I also want to replace the wicker chair with something sleeker. Maybe some sort of tufted linen slipper chair with clean lines?? Just an idea. I’m sure things’ll change depending on what I find. In any case, I’m slowly but surely getting there.

So, anyways that’s my tray! I hope everyone has a great weekend!! 🙂