Okay, so it all started with this guy… 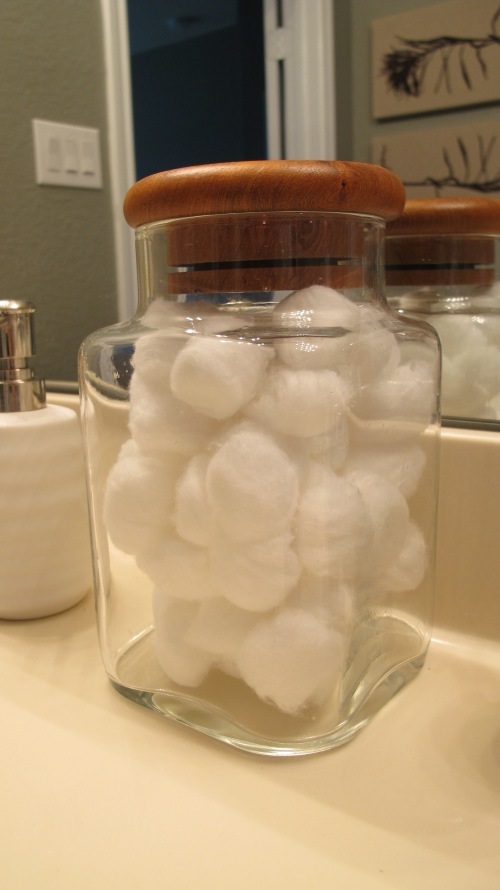 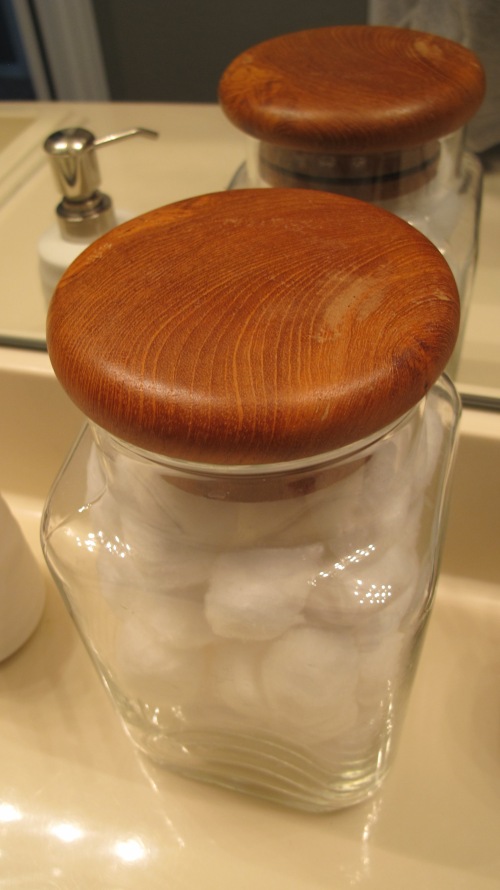 A wood-lidded jar that I found at Goodwill for 4 bucks. I liked it, but wasn’t totally digging the orangey tone of the wood. So, I decided to darken the stain. I sanded the lid with medium grit sandpaper and followed it up with fine grit to smooth it. I didn’t really worry about sanding with the grain like I normally would because I wanted a more rustic, aged look.  Then, I stained it with some Ebony stain that I had on hand. 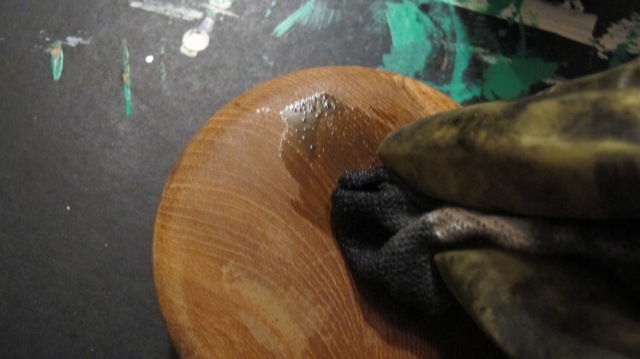 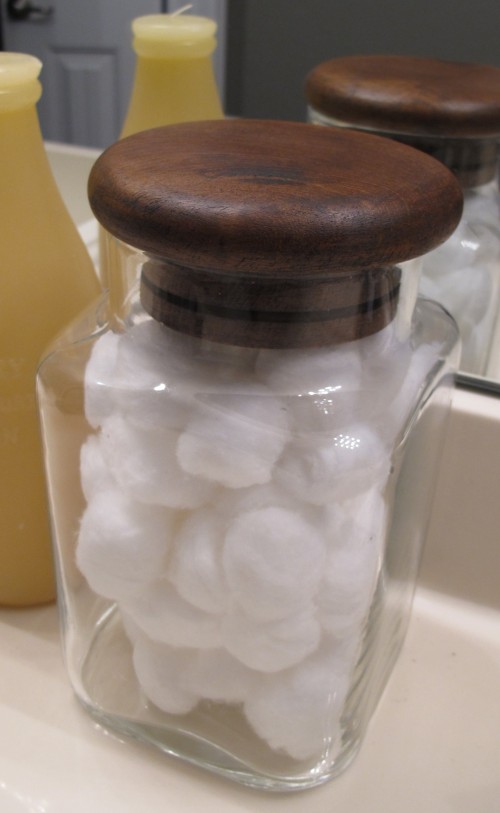 I liked this darker version just fine, but decided to add something a little more. A little bling. I used this metallic spray-paint…. 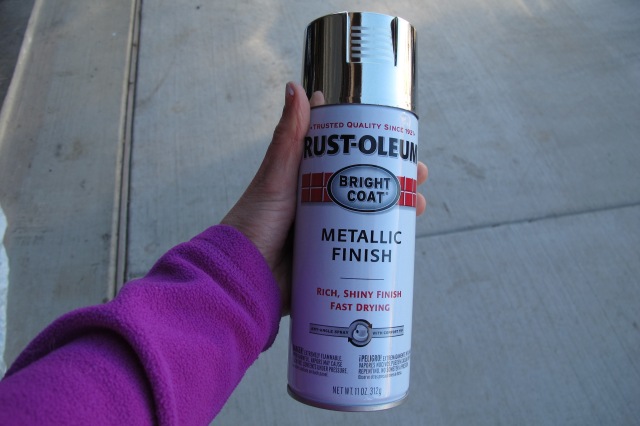 Taped off a strip in the middle with painters tape…. 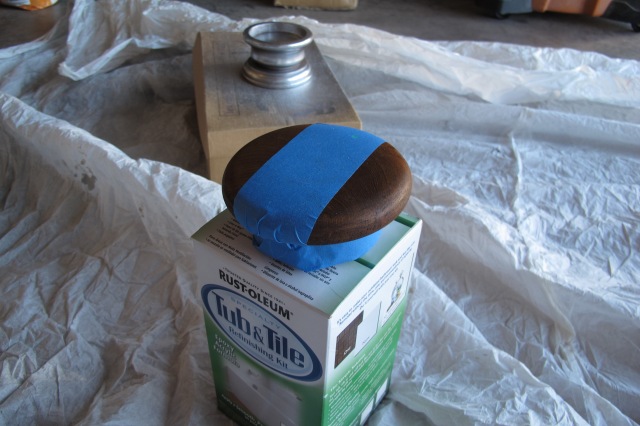 Spray-painted my lid with one thin, even coat…. 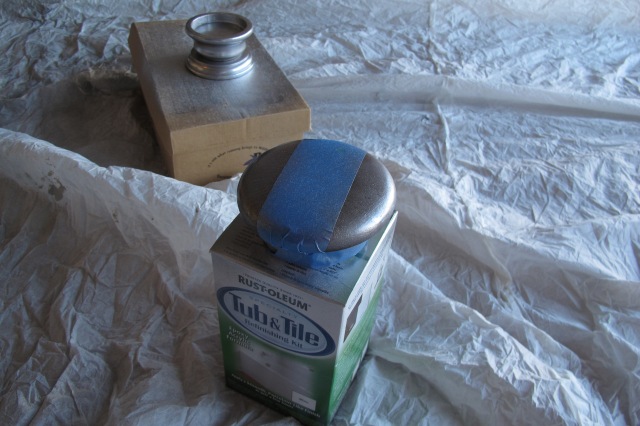 (I was also spray-painting a seen-better-days wood candlestick holder that I got at Goodwill for a buck… I forgot to take a before pic of that one, though. My bad.).  I left the lid in the garage for three days to cure up.  Which left this…. 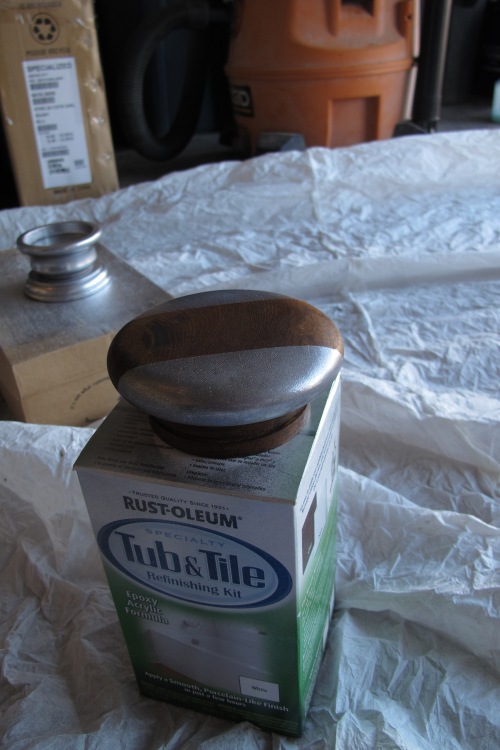 At this point, I decided that the silver was too crisp for what I was going for, so I sanded it a bit with 220 grit sandpaper…. 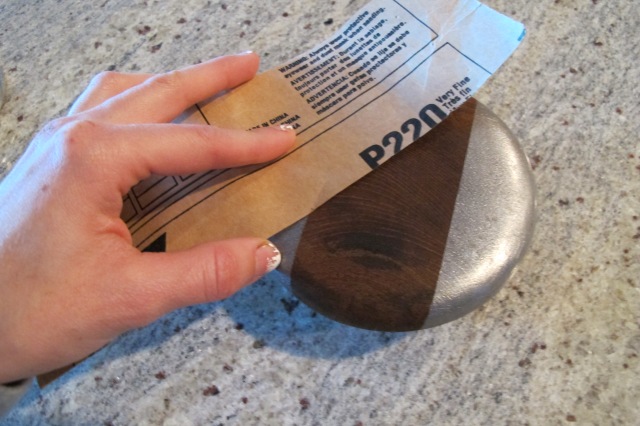 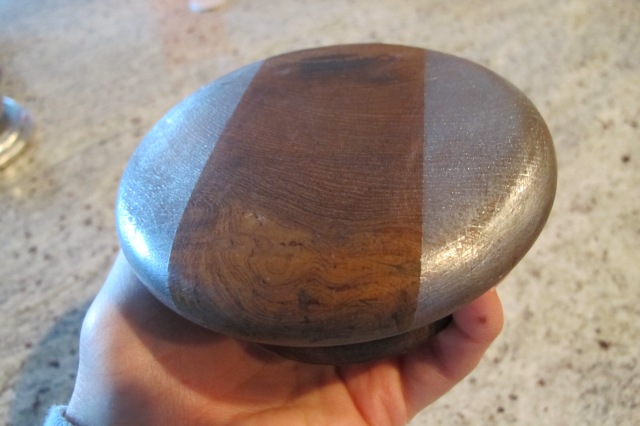 Then, since I already had my Polyshades out for my basketcases… 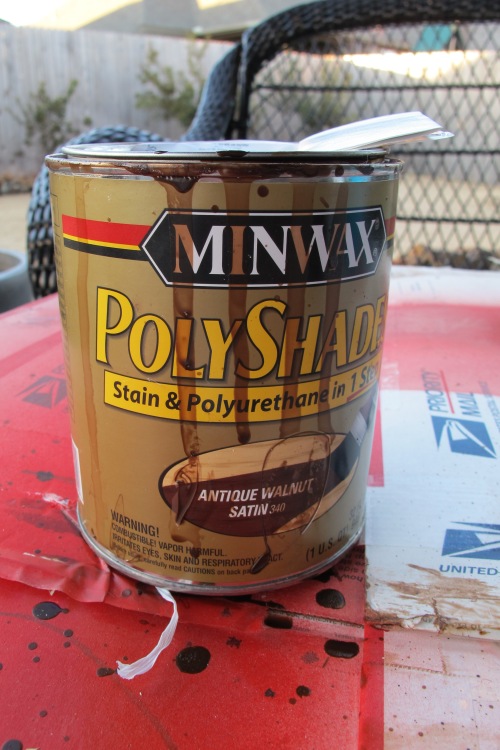 ….I decided to apply a coat to my lid to further age the silver patina and to seal the entire surface. I applied the stain+poly mixture with a brush and immediately noticed that my silver spray-paint started to bleed into the wood portion of my lid (sorry, forgot to take a pic). So, I used a paper towel to remove the excess Polyshades (thinking that it would simply clean up the wood portion).  But what it really did was (ready for this?)….. 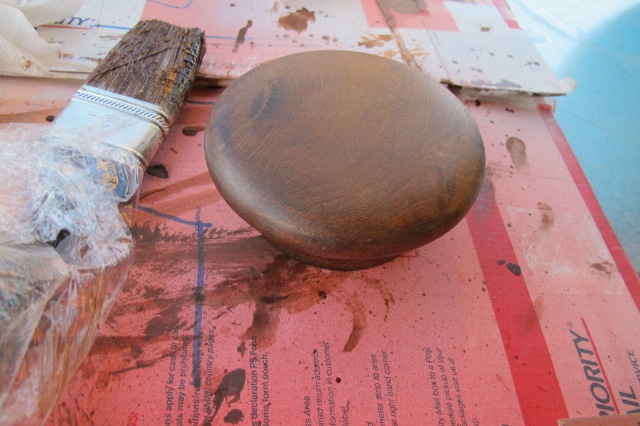 That’s right. It REMOVED EVERY TRACE OF SPRAY-PAINT!!!!!!! Fully cured, dried-for-three-days spray-paint. And, I just want to stress this point…. I did not scrub the lid with the paper towel in the slightest. I gently wiped the Polyshades off (’cause remember, I was only trying to clean up the wood portion) and all spray-paint went with it. Every bit!! I mean, I’ve seen some paint-bleeding in my life… I’ve seen dry paint rub off  after being exposed to wet paint to some extent.  But ALL of it?? So easily???  Never.  Never in my life.  I nearly fell over. But decided to talk to myself instead. “What the…???  Are you Serious?? O.M.G!! No. Friggin’. Waaaay.” could be heard coming from our backyard if one was prone to listen.

So, I’m taking this experience as a cue from the decorating gods that the lid should stay without embellishment. Which leaves me with this….

Which is fine. At least it’s not the ugly orange color anymore. And I learned not to apply Polyshades to a painted surface. Unless I want to remove the paint. Jeepers.

4 thoughts on “A curious finding”